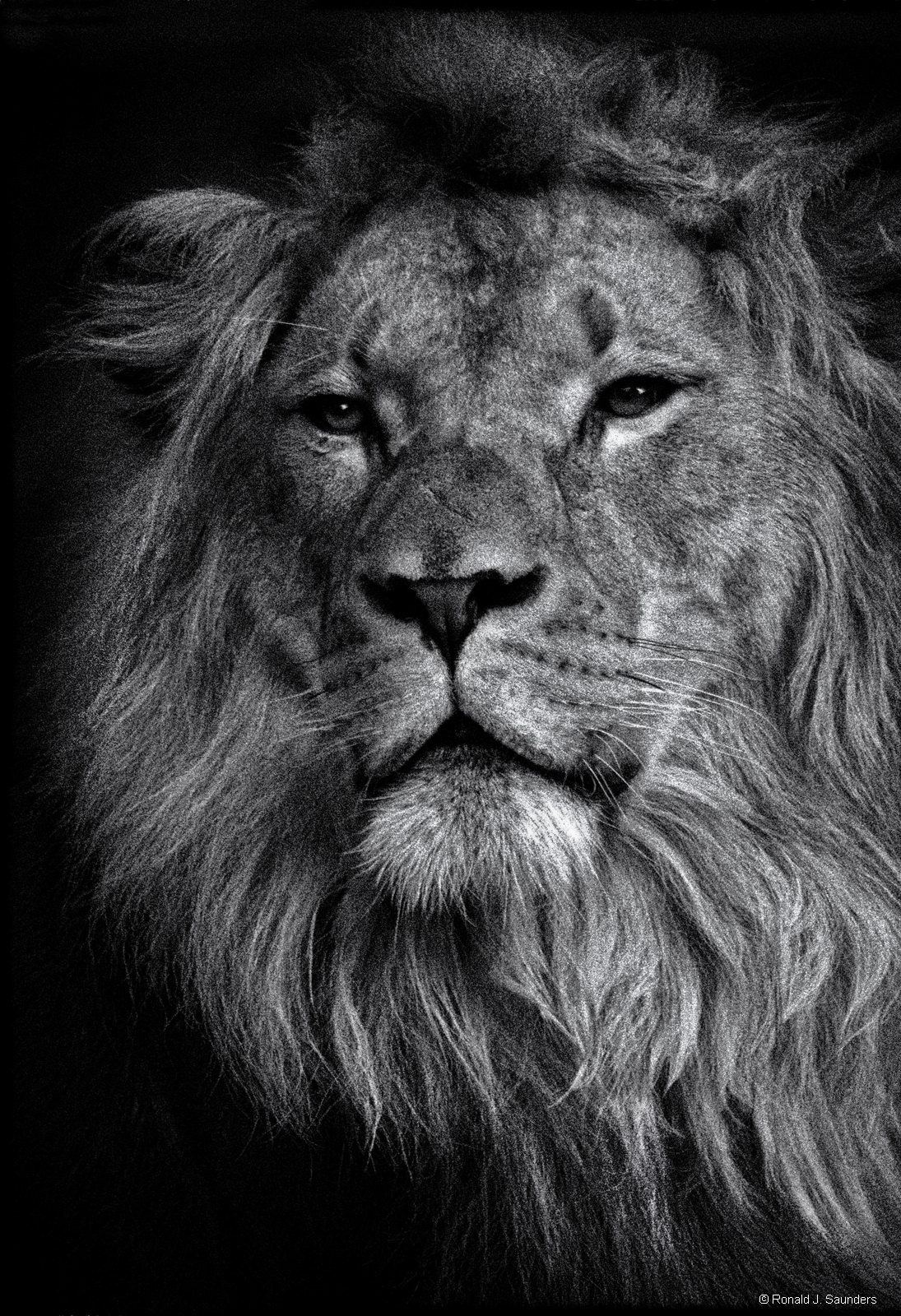 I have this B&W image at my house in an 18x24 frame.   I did one for myself after overcoming an immense obstacle.  After achieving victory I felt that I had a resurrection or new beginning.  Thus the name Resurrection.

In many cultures the lion is the emblem of earthly power, strength, dignity, courage, and royalty. It is the king of the beasts and of the jungle. The writer of Proverbs remarks, "There are three things which are majestic in pace, yes, four which are stately in walk: A lion, which is mighty among beasts and does not turn away from any... (Prov 30:29-30). Admiration for the lion's masculine strength and courage caused it to be the insignia of the Roman legions. Supposedly, the king of beasts would be wise and just, possessing spiritual powers equal to his physical attributes. For this reason, the Pharaohs of Egypt were sometimes pictured as lions and English kings adopted the lion as their emblem. Many rulers including Alexander the Great were depicted wearing lion's heads on the coins minted during their reigns.

In the Middle Ages, people believed lion cubs were born dead and brought to life by their fathers who breathed or licked life into them on the third day after their births. This belief gave rise to the use of the lion as a symbol of resurrection in pre-Christian times.